Who needs a pool boy? 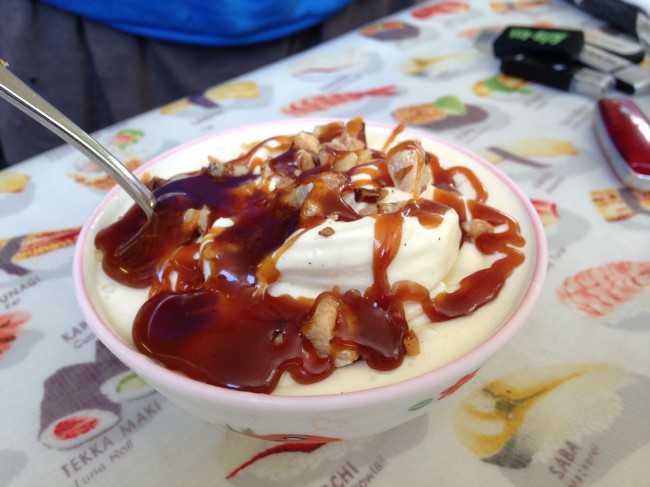 I’ll get to that later… 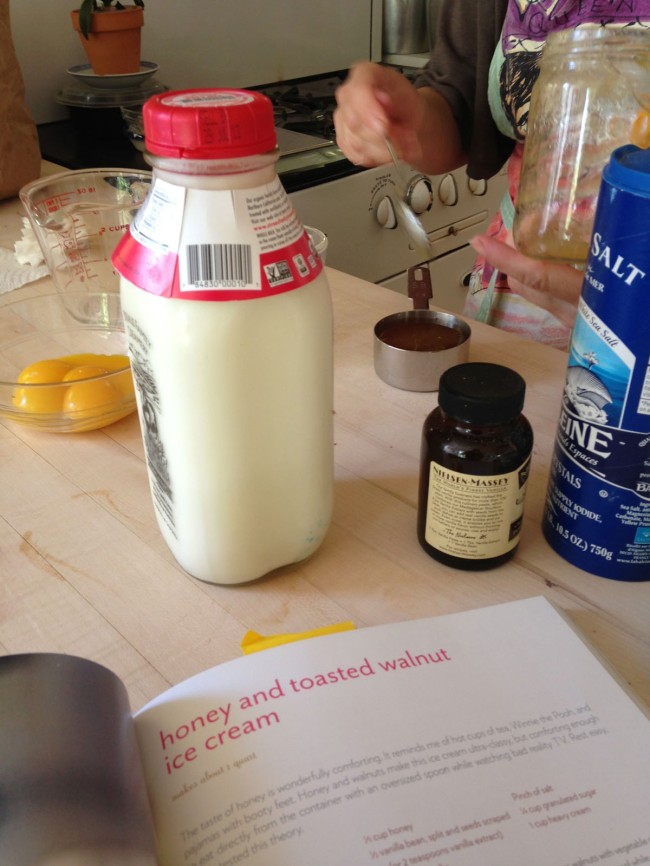 I’ve been far, far away from Sundays with Joy, the Facebook group dedicated to cooking/baking all the way through the Joy the Baker Cookbook. But, for at least a brief, shining moment, I’m back. 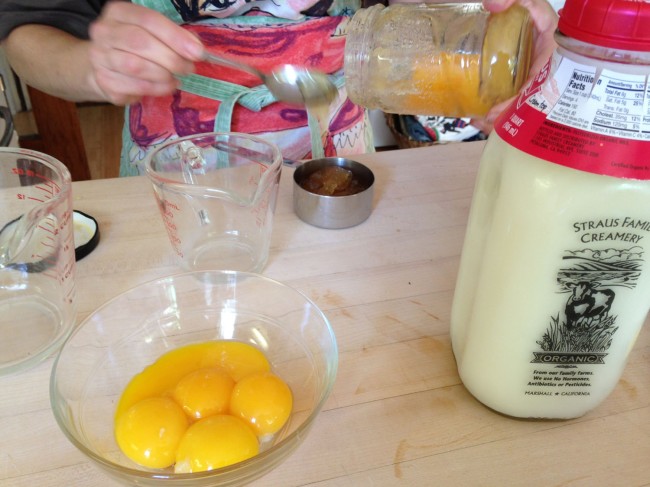 This was a bonus, 2-recipe week, ice cream + sauce. What could be bad? Nothing, it turns out. The ice cream uses a cooked custard which is chilled thoroughly before being frozen in an ice cream maker. It went together like a dream; my only deviations from the recipe were to use an ice bath to chill the mix immediately after straining and chilling in the refrigerator over night (the recipe suggests chilling for at least two hours).

Oops, one more deviation due to momentary disconnect between brain and body… 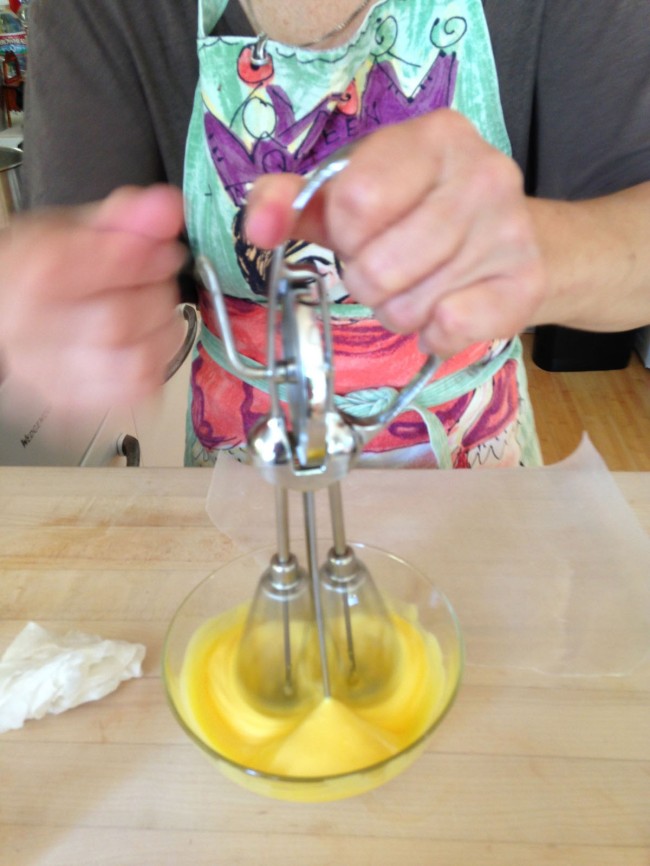 I had so much fun beating eggs the old-fashioned way that I forgot to beat in the sugar and salt but hey, I just threw it in after I tempered the eggs and combined everything. It didn’t seem to make any difference.

The caramel sauce came out dark and almost burnt (in a good way) just as it was meant to. Some of the sugar didn’t want to completely dissolve (sorry, no photos of this)—another time, I think I would melt the sugar in three parts rather than all at once. But the sauce turned out fabulous all the same so maybe that doesn’t matter. 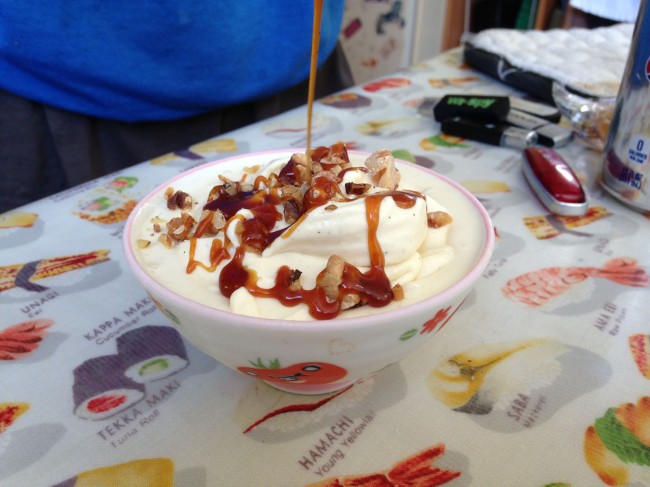 And the pool boy? I don’t have one—I don’t need one! Inherited by my husband from his first marriage (that was his practice one), was the magnificent Il Gelateria ice cream maker with onboard chilling unit. No having to remember to freeze the canister! It is ready to churn after five minutes! We can make batch after batch! And, right on the side of the machine, it says “Ice Cream Boy!”